Pivoting your Conference: Pandemic as the Mother of Invention

The last few months have seen a desperate scramble of societies, events organizers, and event tech companies reconfiguring the conferences they run and support, to marry up with the already-cliched “new normal”. And while many have been largely forced by time constraints to take the tried and tested conference format of old and squeeze it into an online equivalent, with parallel sessions and virtual meeting spaces (where’s Second Life when you need it?), others are taking time to pause and re-think, and taking a look at the online conference through the lens of product development. 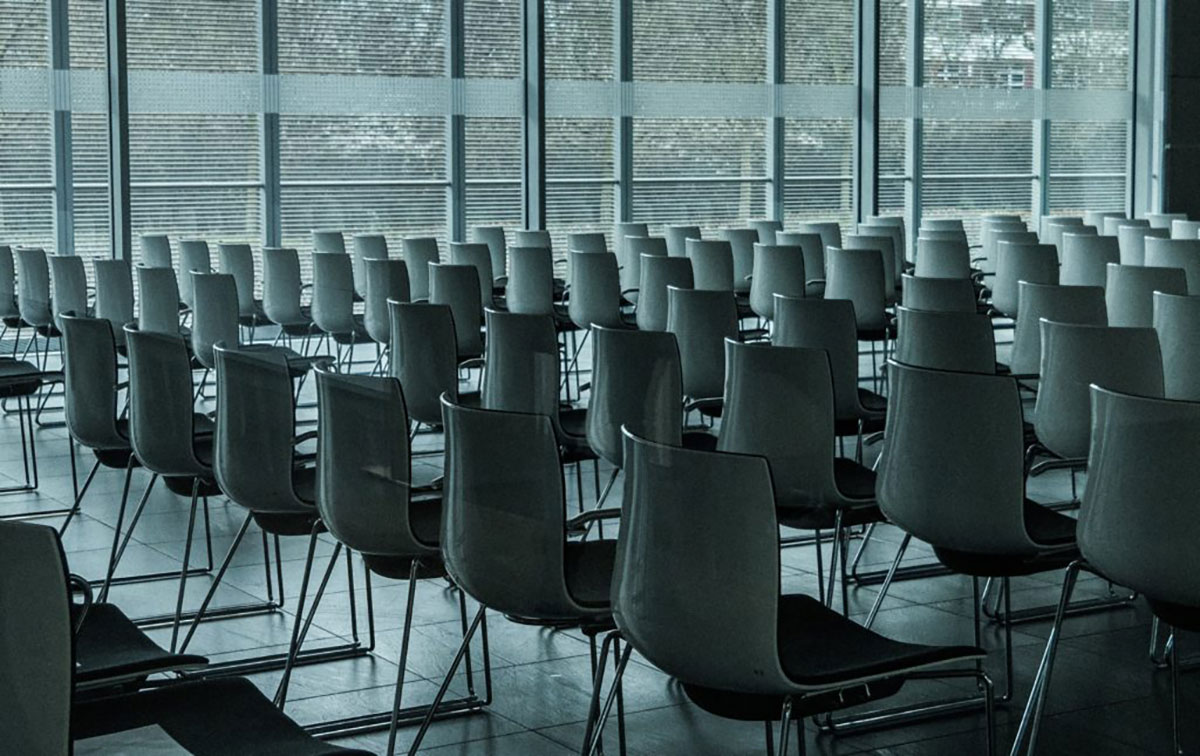 First of all, let’s tackle the terminology. To create a ‘virtual’ conference is tantamount to saying “it’s like a conference, but not quite as good”. I think we can be more positive than that, and reinvent a conference in an online environment that in some ways exceeds what the face-to-face conference achieves, and quite probably simply parks or discards the elements that will never be as good online, for example networking during happy hour. For the sake of argument, let’s call these new events ‘online conferences’.

Casting my mind way back to pre-pandemic times, I recall societies were grappling with the difficult subjects of the carbon footprint of their conferences, inclusivity, diversity, accessibility, promoting early career researcher involvement, global reach, and addressing the needs of scientists and members of adjacent societies, who would never justify in-person attendance at a conference but might really appreciate access to just one or two relevant papers. It occurs to me that most of these objectives can be met by inventing something new, ‘the online conference’ which does not seek to wholly replace the face-to-face events that we love, but instead looks to be the mainstay of outreach, and perhaps the platform for the bulk of the scientific communication that goes on at conferences. What is the purpose of a scientific conference? By definition, it’s the sharing of early research to get feedback from the audience. This primary function can be met online, and most likely represents an improvement on what is current practice. So with that in mind, let’s take a look at what online society conferences can do better!

The online conference can be potentially organized in many different ways, and almost certainly no one has yet to hit upon the perfect formula, but here are some of the characteristics that may allow you to meet some of those pre-pandemic objectives.

First of all, the conference does not have to be crammed into just a few days. You may still choose to do it that way to create a buzz around the event, or you could recast it over an extended period of time. That would allow you to reduce or remove parallel sessions, taking away a chunk of the administrative burden and event risk, and allow attendees to see exactly the papers they wish.

In addition, papers don’t need to given live. Now, be honest, apart from the audible Q&A at the last webinar you went to, how do you know the webinar wasn’t pre-recorded? Unless you’re expecting the session to be steered by audience questions, why struggle with all those live sessions when you could further de-risk your event by pre-recording? Pre-recording gives you the added bonus of allowing the speaker to participate in live chat during playback, allows the content to be transcribed which will make it much easier to follow along, especially for an audience whose first language is perhaps not the same as the speaker’s. If you want to properly push the global boundaries, why not allow the speaker to speak in their own language and provide a translation? Especially if that language is the language of an army of online attendees you seek to attract. At the end of the recording by all means jump into a Zoom meeting for Q&A. Going for that global audience? Play back the recording twice to hit all the target timezones.

And then there’s the whole question of peer pressure, and how hard it might be to get to ask a question, perhaps as an early-careerist at an in-person conference. Easier to raise a hand online or contribute avidly to chat. How democratizing! Anyone, irrespective of status, ethnicity, sex, or anything else can be given equal opportunity online. And for those with time pressures at home, or inescapable other duties, carving out an hour for a key component of the online conference is way better than missing out on the whole event.

Online conferences are also not without their inherent limitations. The trick, though, is to not add to those limitations by trying to squeeze ill-fitting components into the online event. At the end of the day, organizers need a balance between live and less-live components to meet the new objectives of their online conference.

We are working with societies who are looking at what other functions translate to online — such as online voting for best conference newcomer presentation. And how to rework round-table discussions. One group has considered allowing online attendees at a session to spawn their own break-out sessions after the main talk, driven by the number of potential takers. This can also be a way of extending the time-frame of the conference into something rather longer, and morph it into something that starts to look like community engagement. In fact, somewhere in the dash for online we’ve already invented something that has become a de-facto requirement. Whereas the in-person event was all about getting everyone together for an intensive few days with not too much emphasis on engaging with the conference host as such, a move to online seems to automatically encompass how the event host creates ongoing attendee and community engagement around the conference brand. Once we have online attendees then presumably we can keep them hooked on the conference website as long as it provides new content, new discussion, and new opportunities to engage over an extended time. Online conferences sound like a marketer’s paradise.

For many societies, conferences represent a significant income stream, while for others the conference is something that is supported partially through other funds to support the mission of the society in bringing their subject field together. As a consequence two societies in ostensibly the same subject space can come to diametrically opposed, yet perfectly logical conclusions as to how to shape their conferences. In either case profit or loss is generally a relatively small difference between two large numbers of revenue and costs which in itself makes running conferences relatively high risk — catastrophically risky when you add in the effects of a pandemic. While the costs of running online conferences aren’t small — and in the recent stampede we have witnessed some fantastic price-gouging by some events tech companies demanding up to $3000 per session to hold it online — the costs of online are generally significantly lower than renting conference venues and hotels and flights and exhibit space and so on.

In terms of income, how can the online conference be monetized? Well, it’s fair to say that everyone is expecting to pay less for online, but few are expecting to pay nothing. At a lower price point, and having alleviated the need to take a flight and book a hotel, suddenly the potential market of attendees has increased. We have already witnessed online conferences with double the attendance versus the traditional annual conference. But critically, when the online conference is over, you’ll find it’s not over. You will have recorded the entire event and can sell access to the papers afterwards. (This is a long-proven model — ASCO, SPIE, and others have been successfully monetizing conference recordings for some time.) What’s a fair price to pay for post-event access? 50% discount after two weeks, 75% discount after four weeks? There’s market testing to be done there, but one imagines those subject areas with a longer half-life for citations will also have a longer half-life in terms of the value of conference papers online. Of course, one thing that is hard to translate into online is exhibitor income, although many are having a go at providing virtual exhibit halls. No exhibitors means no exhibit income, but also, no exhibit hall costs. Sponsorships, at least, feel easier to translate into online, especially if you manage to extend the term of the conference, and the global reach. I’ve now heard a number of sponsors say that their brand recognition through sponsoring online was better than at the in-person conference, especially when you add in the ability to include sponsored content.

It seems to me that post-pandemic we could be in a space where societies still hold face-to-face conferences, probably less frequently than they used to, probably demanding less time and with less content, but with all the aspects of the program that allow for the making of new contacts that conferences have been so good at. However, societies will have also invented a new event, the online conference, that enfranchises a much wider audience, increases the global reach of the society, and frankly further democratizes the science.

Tracy Gardner to present results of the Video Streaming Market Research at STM...
Scroll to top

This site uses cookies. By continuing to browse the site, you are agreeing to our use of cookies.

We may request cookies to be set on your device. We use cookies to let us know when you visit our websites, how you interact with us, to enrich your user experience, and to customize your relationship with our website.

Click on the different category headings to find out more. You can also change some of your preferences. Note that blocking some types of cookies may impact your experience on our websites and the services we are able to offer.

These cookies are strictly necessary to provide you with services available through our website and to use some of its features.

Because these cookies are strictly necessary to deliver the website, refuseing them will have impact how our site functions. You always can block or delete cookies by changing your browser settings and force blocking all cookies on this website. But this will always prompt you to accept/refuse cookies when revisiting our site.

We fully respect if you want to refuse cookies but to avoid asking you again and again kindly allow us to store a cookie for that. You are free to opt out any time or opt in for other cookies to get a better experience. If you refuse cookies we will remove all set cookies in our domain.

We provide you with a list of stored cookies on your computer in our domain so you can check what we stored. Due to security reasons we are not able to show or modify cookies from other domains. You can check these in your browser security settings.

These cookies collect information that is used either in aggregate form to help us understand how our website is being used or how effective our marketing campaigns are, or to help us customize our website and application for you in order to enhance your experience.

If you do not want that we track your visit to our site you can disable tracking in your browser here:

We also use different external services like Google Webfonts, Google Maps, and external Video providers. Since these providers may collect personal data like your IP address we allow you to block them here. Please be aware that this might heavily reduce the functionality and appearance of our site. Changes will take effect once you reload the page.